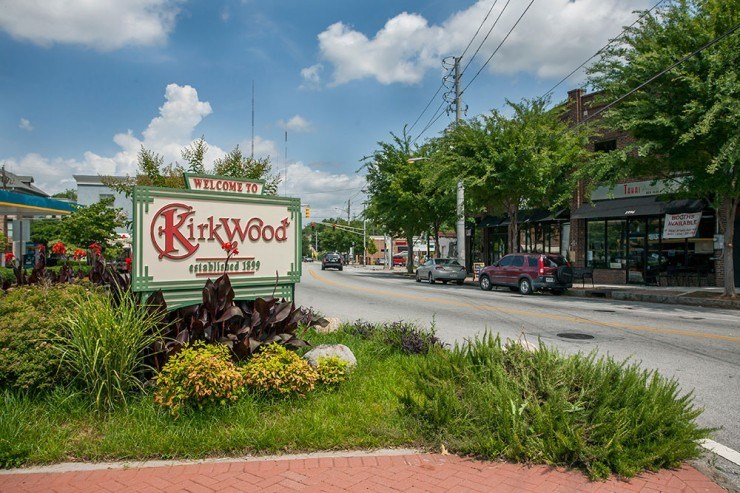 Between East Lake and Edgewood just north of the Memorial corridor lies the historic streetcar neighborhood of Kirkwood. Originally enabled by 3x daily streetcar service all the way until the 1950's, this urban outcropping of Victorian mansions, mid-century ranches and charming bungalows is loved for its walkability and historic architecture. Downtown Kirkwood's late 20th century revitalization embraced a "small town within a city" mentality by placing all the the public services from the post office, fire station, and public library in the middle of all the action along with all of the local businesses. This move has greatly contributed the the sense of community and walkability of Kirkwood and further contributed to the desirability of the neighborhood.